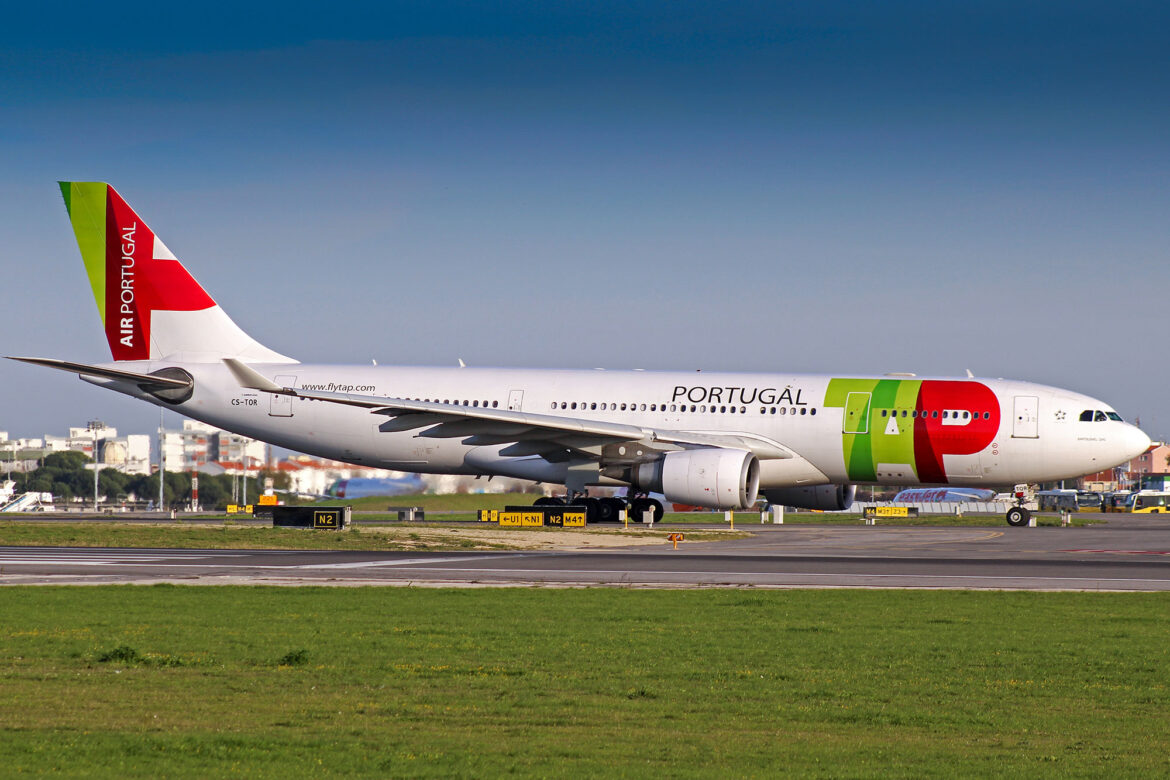 Founded by a great opponent of the dictatorial regime established in Portugal by António Oliveira Salazar, it is one of the most classic European and world airlines of the post-war that has passed through several world historical landmarks. In 2020, at the age of 75 and facing the worst aviation crisis ever seen, TAP Air Portugal continues to carry Portuguese colors through a strong worldwide presence.

TAP – Transportes Aéreos Portugueses, is the largest Portuguese airline, founded on March 14th, 1945 with the main goal of connecting Portugal to the Portuguese diaspora, as well as its former colonies, namely Luanda (in Angola) and Lourenço Marques (current city of Maputo in Mozambique).

The airline’s first years of operation were slow but very strategic. The first planes to be purchased were the classic DC-3 Dakota who served the European routes and later the route of the Imperial Airline (Linha Aérea Imperial).

This route then had the airline’s initial goal of connecting Portugal to its African colonies. The daring operation would take 15 days (round trip) with 12 stopovers and 24,540 kilometers traveled. It would then be the longest route ever operated with a Douglas DC-3 aircraft on the globe.

The 1950s were accompanied by an expansion with the arrival of the DC-4 Skymaster and the Lockheed L1049G Super Constellation, which made it possible to open and increase routes.

In the ‘60s, TAP asserts itself before the European giants and it also enters in the Jet Age with the arrival of Caravelle. Thanks to Caravelle’s great versatility, operational profitability was increased, which allowed, over the following years, to open routes to cities such as Zürich, Geneva, Munich, Frankfurt, London, Brussels, Copenhagen, among others.

In the following years, the delivery of the Boeing 707 and 727 follows. Thanks to this feat, in 1967, the airline decides to remove all its propeller-powered aircraft from commercial operation, becoming the first European airline to operate with a fleet of 100% jet planes in its national and international network.

The 1970s were marked by instability in Portugal: In 1974 happened the revolution that ended with the dictatorship and that changed Portuguese civil society as well as the political, social, and financial situation. Automatically, these changes deeply affected TAP, which was nationalized and the Portuguese colonies became independent, which affected the strategic importance of this traditional market in the airline’s coffers. Even so in 1972, TAP still received two Boeing 747-200 that operated on its long-haul routes.

In the 1980s, TAP decided to renew its fleet. Entered in scene the Lockheed L-1011 TriStar 500 and the modern Airbus A310 for the long haul, and Boeing 737-200 and 300 for medium-haul. The 1980s continued according to a plan, with new routes being added to the airline’s service network over time, mostly destinations in America and Africa.

The new millennium marks TAP in a marked way with the entry of new planes, the joining to Star Alliance, new management, a new corporate painting, a new company philosophy, and the privatization, which would catapult TAP to a huge growth until 2020 – a year in which the world stopped due to the global pandemic caused by the SARS-CoV-
2 virus. 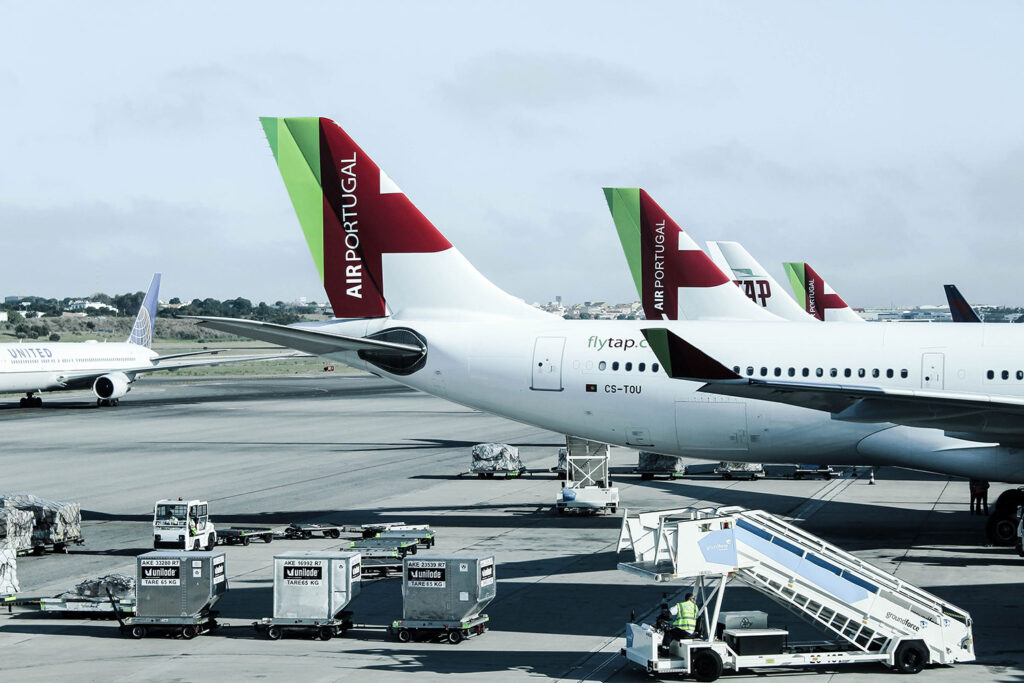 TAP’s modus operandi is based on the concept of a rotating hub. Its base is Lisbon Airport (LIS / LPPT) and from there approximately 90% of TAP flights depart daily. The airline’s goal is for Lisbon to be a major European hub, thus wanting to make Portugal, a gateway to Europe for tourists who come from the other side of the Atlantic, thus competing Lisbon directly with Madrid.

From the Lisbon hub, TAP flies to Europe, Africa and the Americas, with TAP being the European airline with the most flights and passengers it transports between Europe and Latin America, being a leader in this market, having already won several World Travel Awards. TAP recently started its new promotional campaign in the United States, where it offers direct flights to Boston, Chicago, Miami, San Francisco, Washington D.C. and New York. All of them operated with the A330neo or the versatile A321neoLR. 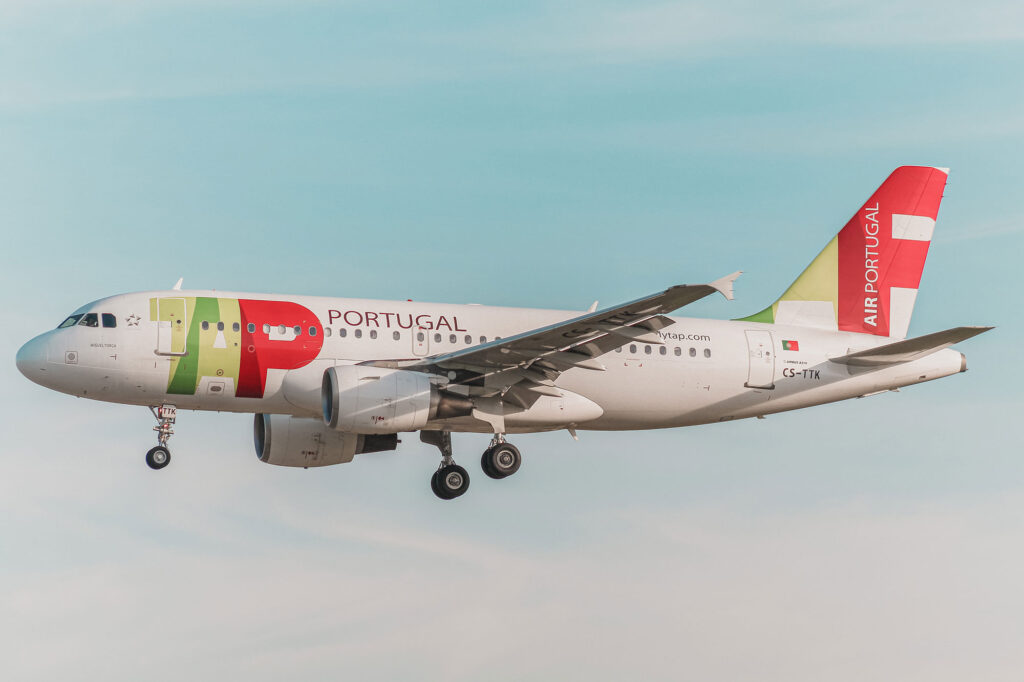 TAP has always been known for its elegant paintings. Moving on from the famous painting of the 60’s that featured a bird that the Portuguese call “passarola”, TAP is an exporter of the colors of the Portuguese flag.

The current painting scheme was introduced in 2005, as part of the company’s 60th anniversary to replace the then famous “Air Portugal” livery that was in force since 1979. Despite being 15 years old, it continues to be a livery who shows modernity accompanied by minimalism. It is one of the liveries that does not follow the European trend that is known to the aeronautical community as “eurowhite”.

The current painting finds the aesthetic harmony between two shades of red and green against a white background. In the vertical stabilizer, the painting is different on both sides, giving the idea of diversity. Many approve the company’s painting, consider it being classic but at the same time vanguardist. 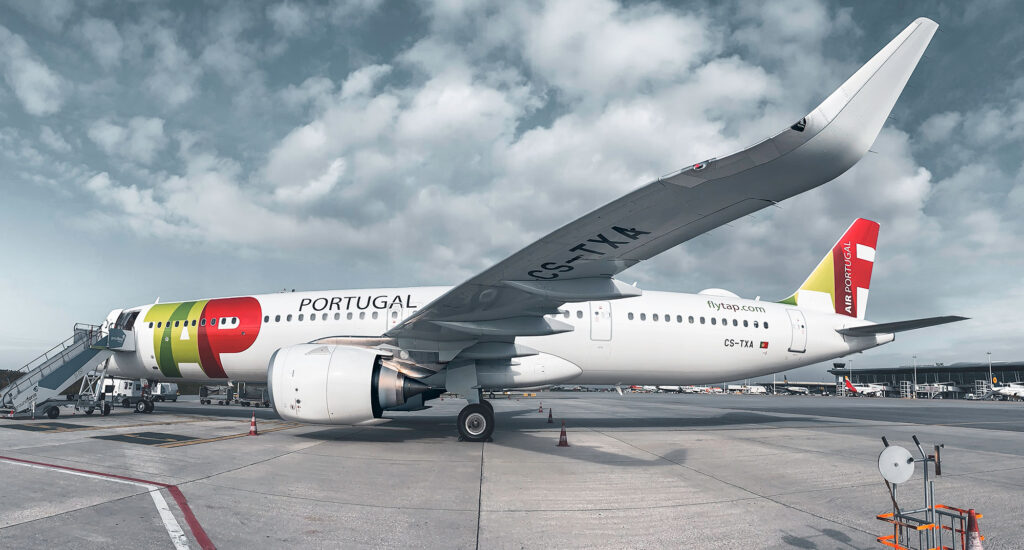 TAP has always invested in technological innovation and modernity in order to meet the highest international standards. Over the past few years, this philosophy has been no exception. Since it has been privatized, TAP received state-of-the-art Airbus aircraft, which allowed the airline to have a fleet of 105 aircraft with an average age of 9 years. TAP was also the first airline worldwide to operate with the A330neo and one of the best, who offers a premium transatlantic service operated by the Airbus A321neoLR. 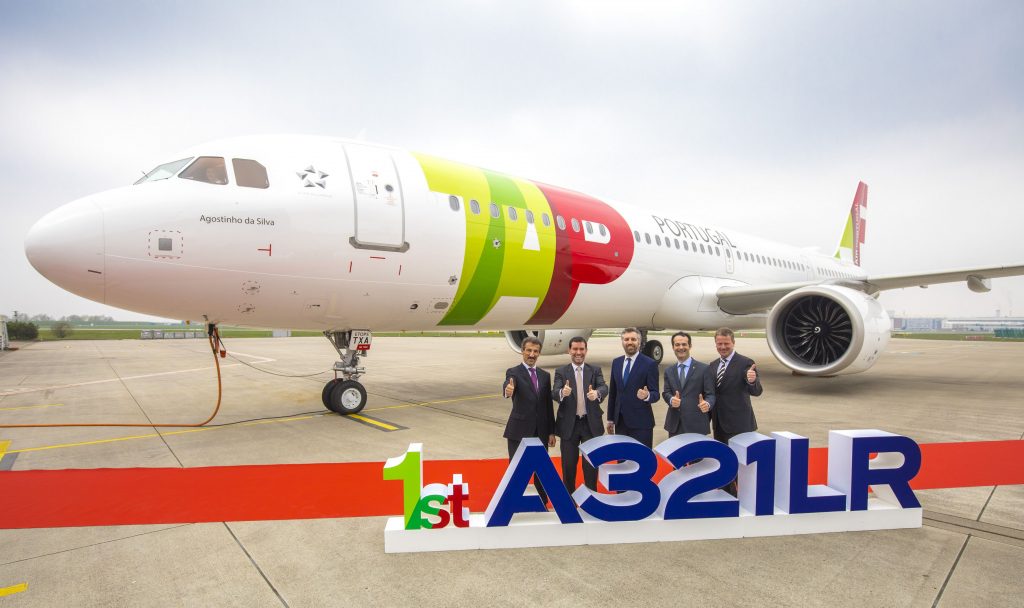 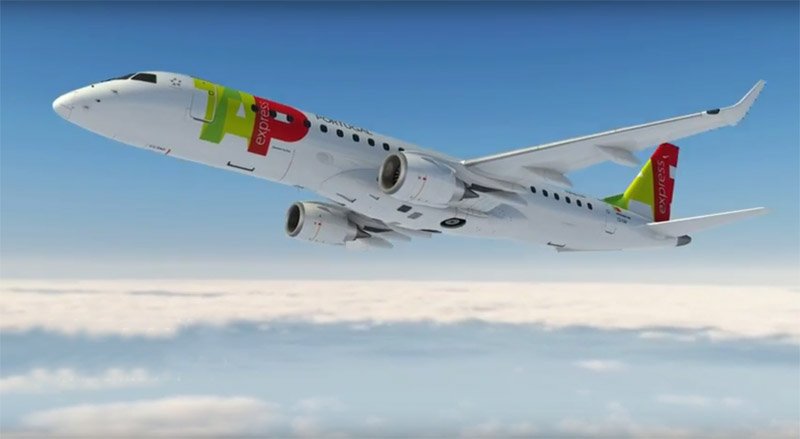