Syed Hassaan Khalid continues his series of articles looking at the world’s most notable aviation disasters and incidents.

Read Episode 1 looking at the Tenerife Airport Disaster of 1977 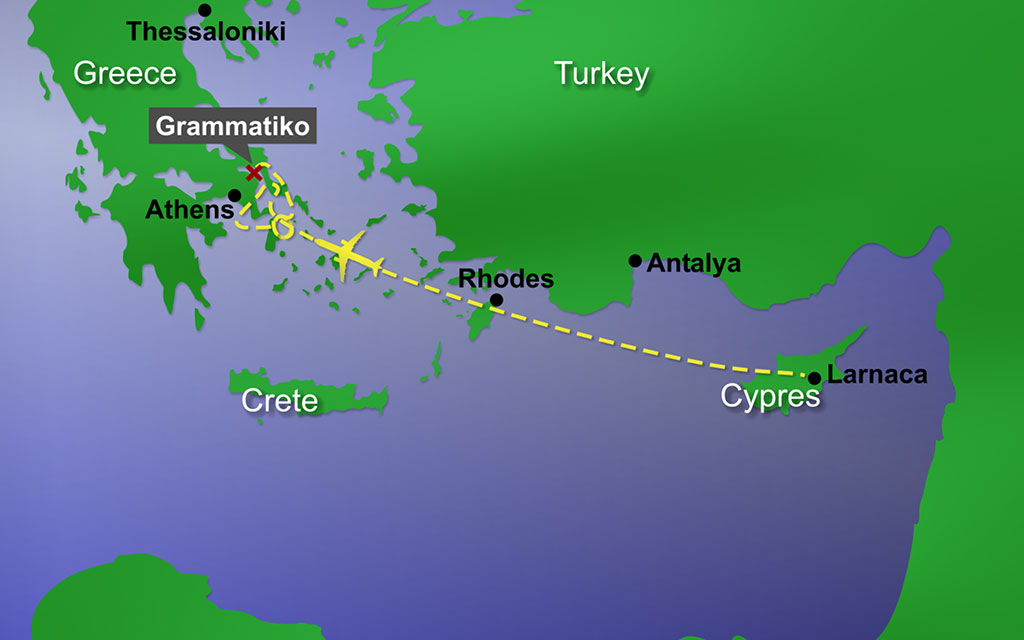 You might have normally heard that a plane crashed due to engine failure, or poor weather caused the pilots to lose control of the aircraft. But you might have not heard that a plane crashed even though there was no bad weather, no engine issue, but still kept flying until fuel tanks ran dry and then eventually crashed. And the cause of fatalities was not due to the crash, since all passengers were either unconscious or dead way before the aircraft went down, despite the fact that there was neither any hijacking nor any threat. Yes, this was the scenario of the fatal Helios flight 522. 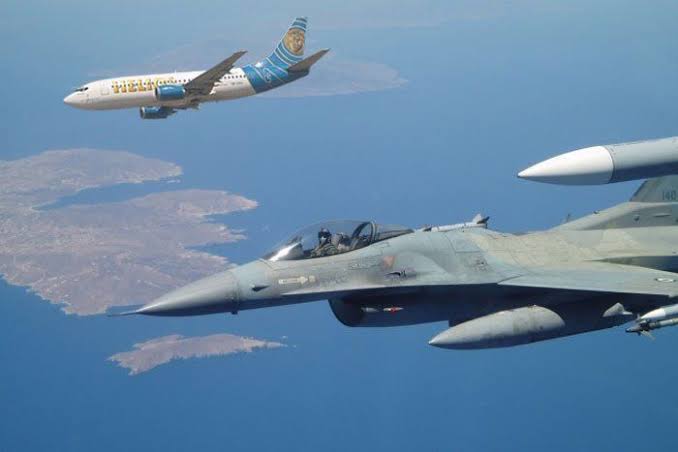 The aircraft, a Boeing 737-300 registered as 5B-DBY, arrived at Larnaca, Cyprus, from London at 1a.m. local time. Upon arrival, the crew reported to maintenance engineers that the door seal was frozen and some unusual noises were heard from the rear of the aircraft. The plane was inspected by the ground engineer to check if the aircraft was experiencing pressurization leakage at higher altitudes. Therefore, he moved the pressurization switch from auto to manual. Afterward, the aircraft was deemed to be okay for the next flight.

The plane was to operate flight 522 to Prague with a stop-over at Athens at 10:45 a.m. The aircraft left the ground with a negligible delay, and initiated its climb towards the cruising altitude. The captain of this flight was a 58-year-old contract pilot, named Hans-Jurgen Merten, who had a total of 16,900 hours, along with first officer Pampos Charalambous who had been flying for the airline for the last 5 years.

Shortly after takeoff, the aircraft gave the Cabin Altitude Warning but the pilots ignored it as they assumed it to be the take-off configuration warning and continued their climb. Soon afterwards, multiple warnings sounded which were followed by the master caution light illuminating. The pilot reported an air conditioning problem to Air Traffic Control who forwarded his call to the ground engineer.

The captain was startled and started to experience early symptoms of hypoxia although he kept on repeating that “cooling ventilation lights are off”.

The ground engineer asked multiple times regarding the pressurization panel as he was unsure if he switched it back to Auto, but the captain was unable to understand the question.

The aircraft stopped climbing after reaching its assigned cruising altitude of 34,000ft. It had no further contact with ATC since the captain had stopped speaking to the ground engineer, therefore continuous attempts were made to re-establish contact but every effort was unsuccessful.

Flight 522 followed its autopilot controlled flight path and entered Athens FIR without any confirmation, and then started a holding pattern at the same altitude.

The situation started to worsen now as the flight should have touched down by now, but still it was at FL340. Consequently, two F-16s were dispatched by the Hellenic Air Force of Greece to locate the aircraft.

Around 20 minutes later, the F-16 spotted the faulty aircraft. They were instructed to check for signs of terrorism but found none. They reported the first officer was leaning forward towards the yolk and there was no sign of the captain. In the passenger cabin, the oxygen masks were seen hanging by the fighter pilot. After a few minutes of close monitoring, the F-16’s pilot spotted a man heading towards the cockpit. He was Andreas Prodromo, one of the flight attendants and had a UK CAA pilot license.

Andreas entered the cockpit hoping to get control of the aircraft and divert to the nearest airport; however, he wasn’t certified or had any experience on the 737. He saw the F-16 right next to his aircraft and briefly waved at it, the F-16’s pilot waved back and recognised he was trying to say something, but the fighter pilot could not understand it. Suddenly, the left engine stopped working which eventually disengaged the holding pattern. It was clear that Prodromo was struggling with the controls as the aircraft was now descending. Just a few minutes later, the right engine also shut down which put the aircraft in a glide. The pilots of both F-16s witnessed the aircraft going down and they could do nothing to save it.

The aircraft finally hit the ground at approximately midday and erupted into flames, but fortunately away from Athens city and in open fields. All 121 occupants were dead including 6 crew members. 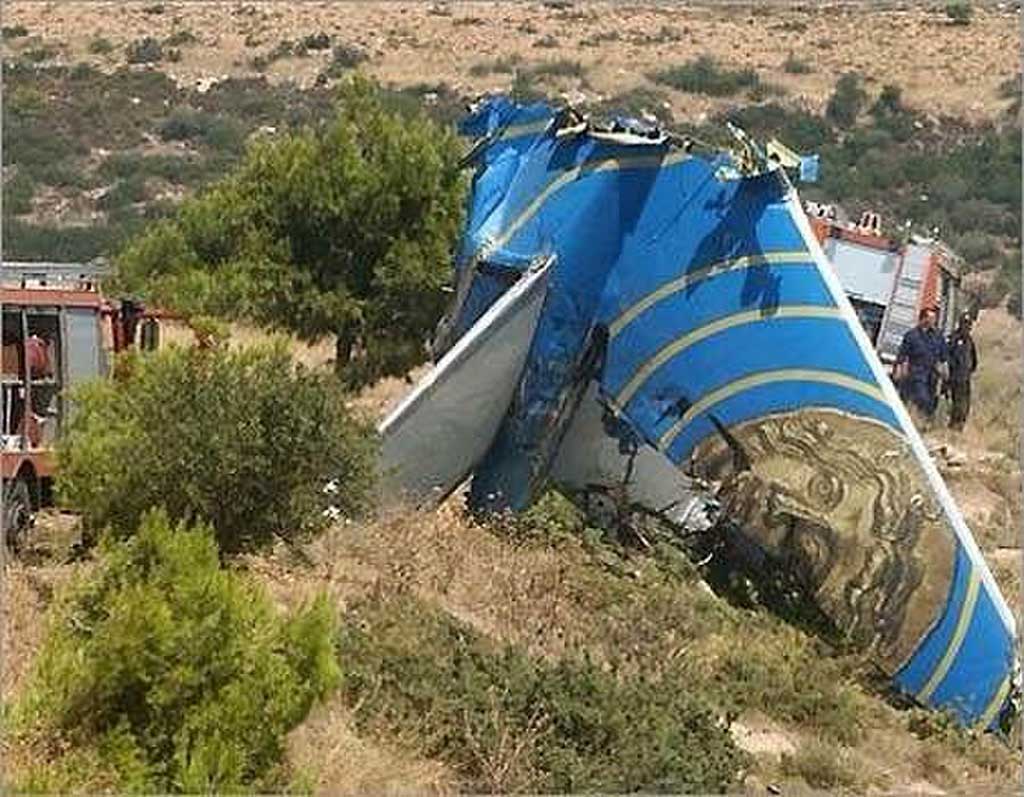 The investigation of this tragic crash was given to Hellenic Air Accident Investigation and Aviation Safety Board (AAIASB). They conducted a deep and thorough analysis from every aspect including various samples from the crash site and the past maintenance history of the aircraft.

Firstly, they claimed that the overhead panel lights were set to “Bright” which complied with the ambient conditions of that time but it was unusual that both the pilots did not notice the green light which indicated the pressurization mode selector was set to manual. The team concluded that it was neglected as mostly this never happens or at least it’s a very rare issue. Therefore, the pilots did not pay special attention to check the pressurization.

Another thing that was mentioned was “Hypoxia”. It is referred as the condition where the oxygen level in the blood becomes extremely low and happens mostly at higher altitudes. Due to negligible oxygen at the cruising altitude, the pilots experienced hypoxia but most surprising was they did not put on their oxygen supply masks. The reason stated for this was that crew was not aware hypoxia was affecting their decisions, and in a state of utter chaos they did not focus on wearing masks as they were too busy trying to figure out why the caution alarms were going off. They were already incapacitated due to low-level of oxygen in the blood while they were having a conversation with ATC and the ground engineer.

These problems did not arise suddenly, but final analysis report shows that the Environmental Control System which manages the cabin pressurization and air supply, it was repaired at least seven times in the previous three months. It is not clear if this was due to the malfunction or other reasons.

They stated that the flight crew was fit for the flight and there were no medical issues. The crew had their adequate rest and were licensed and qualified. The cabin crew was also certified but it is unclear how they responded after the deployment of the oxygen masks.

The first and main thing that investigators concluded in the report was the cabin pressurization mode selector that should have been set to AUTO but the overhead panel recovered from the crash site indicated that switch was set to MAN (Manual). Flight crew is required to run through the checklist before start-up and after takeoff but they failed to check the cabin pressurization and did not correct its position. A green light next to the pressurization knob indicates it’s been set to manual and it should have been perceived by the pilots but they failed to notice both the green light and the knob.

After takeoff, the cabin altitude warning horn was sounded but they interpreted it as a takeoff configuration warning and continued their climb which clearly indicates that they were unaware of the cabin pressurization.

Eventually, the master caution was activated for around 53 seconds and most likely they identified it as inadequate cooling of the equipment to be the reason for it.

The fighter jet pilot told the investigators that the flight officer was slumped over the yolk and he was not wearing his oxygen mask which raises another question that despite the chaos and oxygen deficiency, why the flight officer did not wear his oxygen mask? The only possible reason to this could be that he was already incapacitated due to hypoxia before the masks were deployed.

The aircraft started descending when the left engine flamed out due to field depletion which was followed by the right engine a few minutes afterward. The structure of the aircraft was intact before the impact with the ground.

As a result of this accident, the FAA issued Airworthiness Directive (AD) for all Boeing 737 series and required all flight crews to implement the new and improved flight manual which emphasized on the pre-flight setup of the cabin pressurization system. Now, the EASA and ICAO both requires to record every communication with the aircraft and the aircraft manufacturers to record cabin altitude on Flight Data Recorder (FDR).

The department of Civil Aviation of Cyprus was upgraded to Civil Aviation Authority for being eligible for its independent funds for improving and upgrading the equipment to handle data effectively for safer skies.

One of the most unusual crash in history