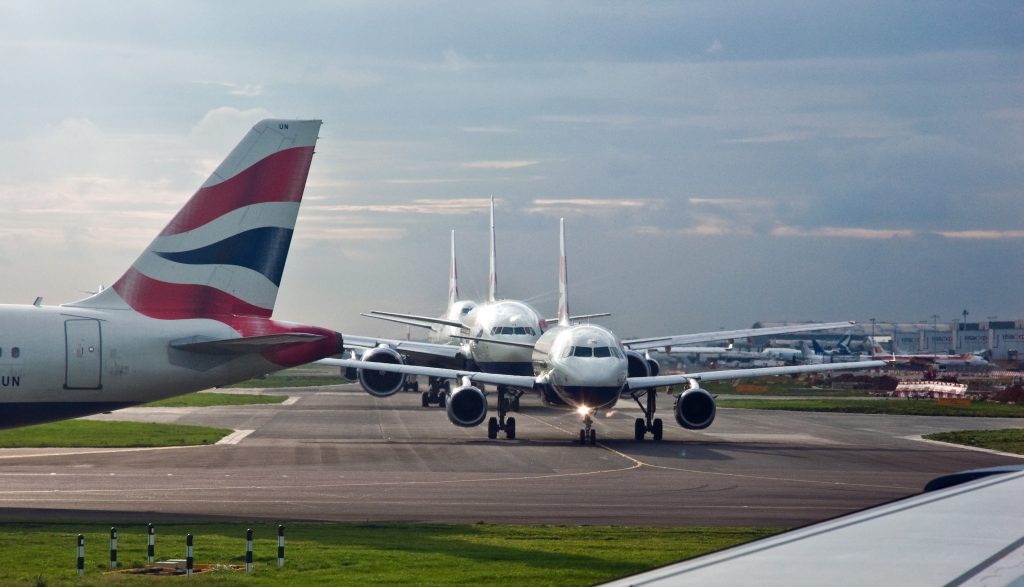 Well known aviation and airports author Kevan James has just released a new book titled Heathrow Airport – 70 Years and Counting which, as the name suggests, is a tribute to the UK’s largest and busiest airport on its 70th anniversary of operations.

Set in the context of an airport which is the UK’s only major hub, at a time when it has theoretically been granted permission for a third runway and other associated expansions, this book looks at what the future might hold. But, most importantly, it reflects on the history of Heathrow up to this point.

Kevan James has been around Heathrow all his life, both professionally and personally, and so is well qualified in writing this account of the airport’s history. Much of this book is written as his interesting personal reflections on his own interactions with Heathrow Airport. But the chapters also follow the logical progress and important events in its history, from the beginnings through the growth into the mega hub it is today. 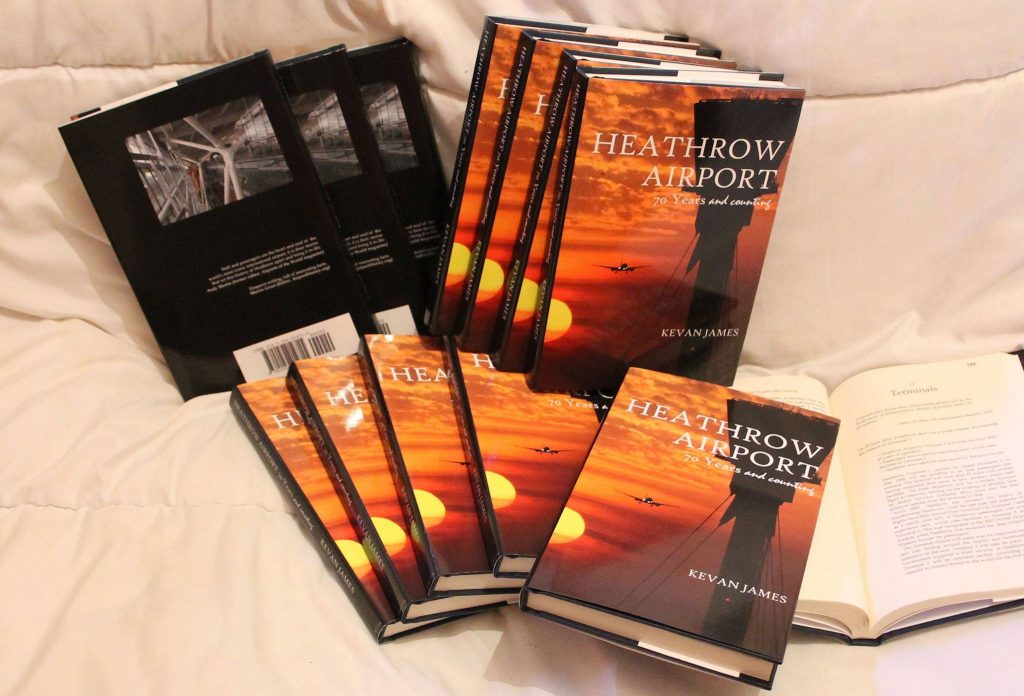 This isn’t a glossy photo album of Heathrow life past and present (it does have some photos in black & white). It is instead a chronicle of Heathrow’s life from its early days as a landing field to the west of London, through wartime, and as it grew into a major commercial hub with 80,000 employees and 80 million passengers per year.

While not the first edition of this book, with this 2019 edition the author has re-written and brought up to date the 2016 edition. This version is much revised and includes three entirely new chapters.

In his prelude chapter, Kevan comments: “Heathrow history is still here in this book and as well as the past, the present and the airport’s immediate future, along with my own use of it, there remains in this edition a more informal view through the eye of just a very few of the thousands (perhaps after all these years, the hundreds of thousands) of people whose working lives revolved around it, and those who have been, and still are, enthusiastic about it.” 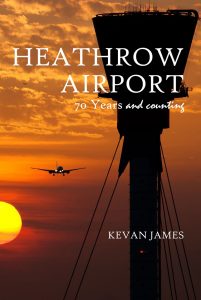 This is a well-written and interesting account of Heathrow’s history – the most interesting airport in Britain and one us enthusiasts love to visit. It’s good to know where it came from and what happened there, and to reflect on what goes on behind the scenes, and where it might be going in the future.

To obtain a copy of Heathrow Airport – 70 Years and Counting by Kevan James, click here.

Alternatively you can order direct from the author at info@kjmtoday.com

As somebody who travels through Heathrow many times each year, I was drawn to buy a copy when I saw Kevan’s name which I recognised and must say that I was very pleasantly surprised at the way Kevan has knitted his own personal reflections and experiences into what could otherwise have been a considerably less compelling narrative, had it been purely historical. His personal anecdotes, experiences and reflections throughout the book make it a compelling read for anybody who has known and experienced Heathrow in any capacity. I’m just torn now at owning a copy of the first edition and wondering what’s been updated and added to in this new edition!